After a quick five weeks, I’m giddy to cross of another item on my 26 before 26 list: #13: Replace master bathroom shower.

Whoever put in the original shower in our house must hate all things good. They did everything wrong and chose the cheapest methods and hardware possible. The first thing I wanted to do when we moved in was replace the shower. Two and a half years later, we finally got around to it. After speaking with contractors, we were a bit disheartened at the high estimates we received. Our friend Paul stepped in and offered to help us out at night and on weekends. This morning I used the new shower for the first time and actually squealed with delight. No longer do I need to worry about water soaking into the walls, my products have a nice shelf to sit on, and I’m not embarrassed if someone sees it! And the absolute best part? We saved about $5,000 doing it ourselves.

I searched through all the photos I took when we moved in the house for a “before” photo, but I couldn’t find a single one. It’s probably for the best, because it was pretty gross. No worries, it’s beautiful now! 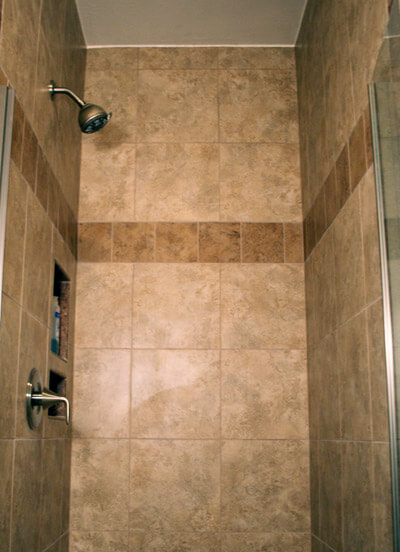 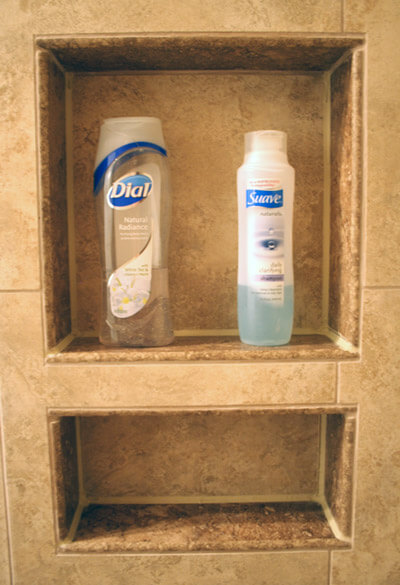 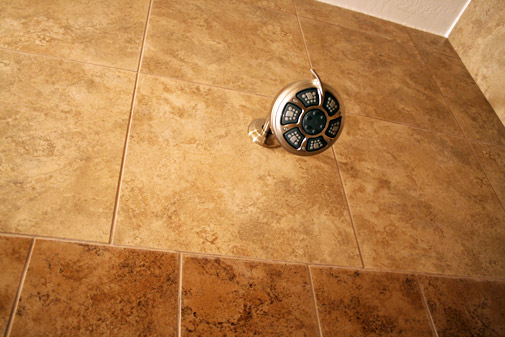 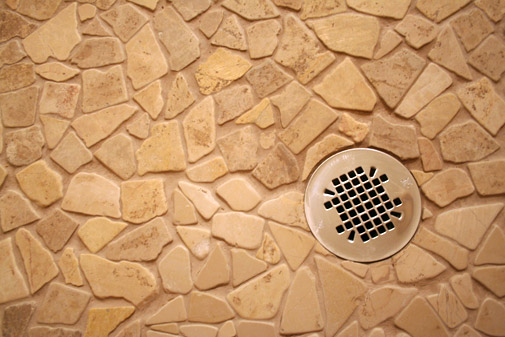