I love pretty much every Disney animated film. The two aspects I love most are the songs (post coming about that later) and the villains. Disney has the perfect formula for creating villains that are memorable, quotable, and charismatic. We’re supposed to hate these evil people who make hell for our heroes and heroines, but they’re usually articulate, rambunctious people that we can’t help but love. Sure, they may be only looking out for themselves, but they sure do seem fun. 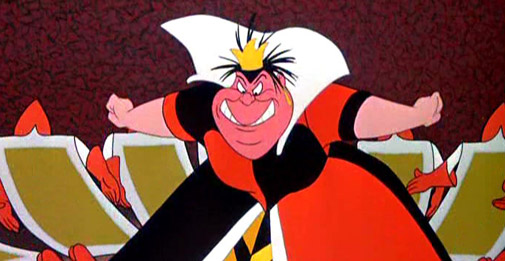 The Queen of Hearts from Alice in Wonderland, with her now iconic wardrobe, plays croquet like no one else. She has an almost unhealthy love of red roses and has no problem ordering the decapitation of young girls. She gets fiery mad at the smallest thing and how can you not love her rosy-red angry face? 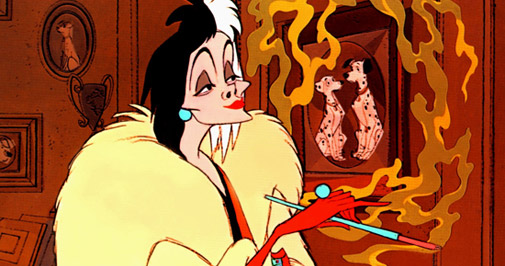 Cruella De Vil loves fur, especially fluffy, spotted, dalmatian fur. She is a chic, powerful woman who smokes like a chimney and goes a little bit crazy. Men all over the country are still alluding to Cruella whenever their girlfriends or wives are being particularly maniacal. She also gives us the iconic phrase “I want all the puppies,” which I say about 20 times whenever I’m in a pet store. 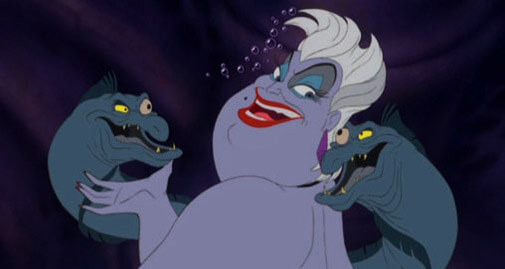 Ursula is the ultimate, misogynistic tradeswoman, giving Ariel feet and encouraging her to keep her mouth shut and to lure a man with the wonders of her body. I can’t help but fall for this full-figured, full-voiced, half woman, half octopus. She might be a little crazy, but she does boast the largest collection of shriveled, former mermaids in the ocean. 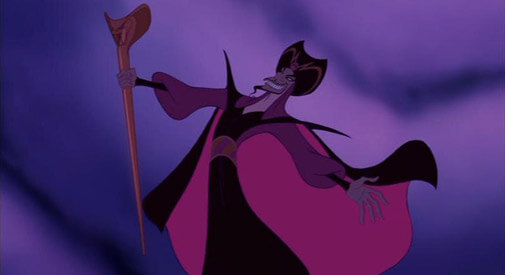 Jafar is like the creepy uncle you only see at family reunions. He’s a good storyteller and has a crazy parrot he takes with him everywhere. He can’t remember your name, but can somehow convince you of anything. Although Jafar is power hungry, you have to appreciate his passion and determination. 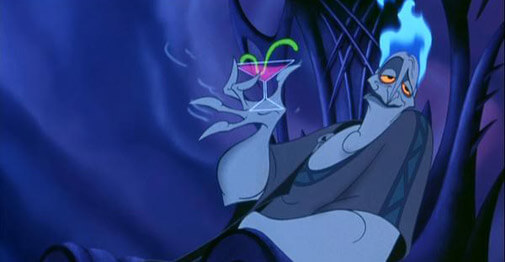 Who knew the ruler of the Underworld would be so charming? Hades is a fast talker with an excitable and comical demeanor. His Achilles heel is laziness, preferring to sit back with a cocktail rather than do the dirty work. He employs the Titans and two mischievous minions to help overthrow Olympus. If you’re planning to take down the king of the gods, it’s probably best to hire better help.

Tagged film animation disney
Brighten Your Bath Things I Like