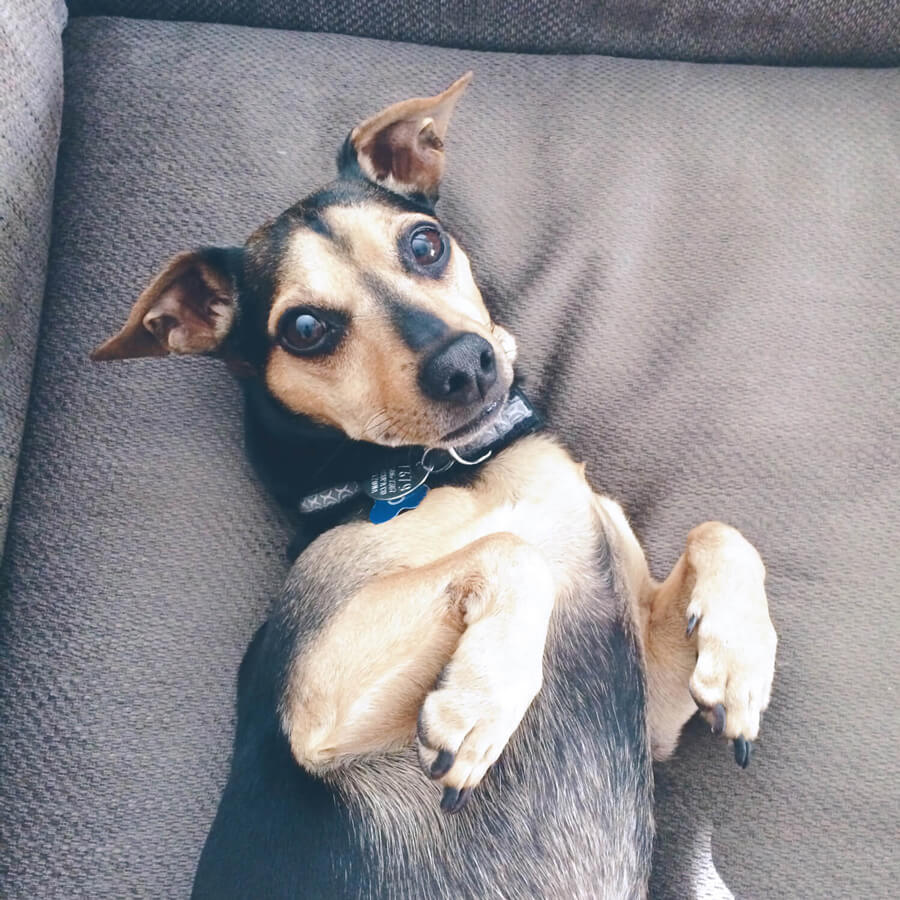 This year started with a gut punch as we spent Monday morning saying goodbye to our beloved dog, Helo. Despite a bad heart in his later years, he lived a lot longer than we expected. He got 15 years, 12 of which were with us. We are grateful for every single minute we got with him.

He was a weird dog, a grumpy old man from the very start. A true introvert, he would often sneak away and tuck himself into bed. It was a joy to go searching for him to find a pair of paws or a little nose peeking out from under the covers. 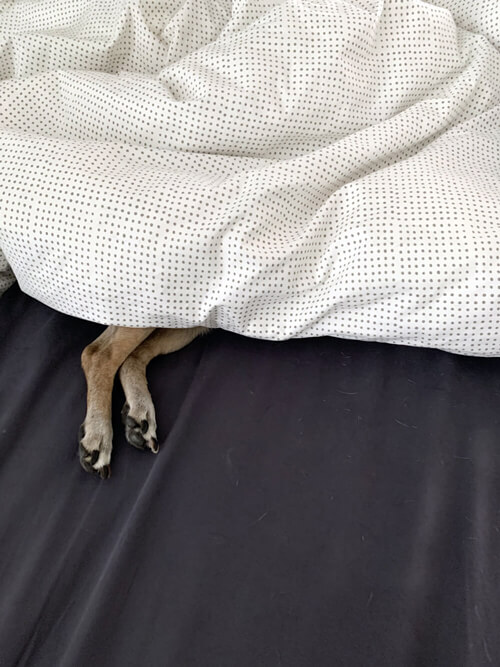 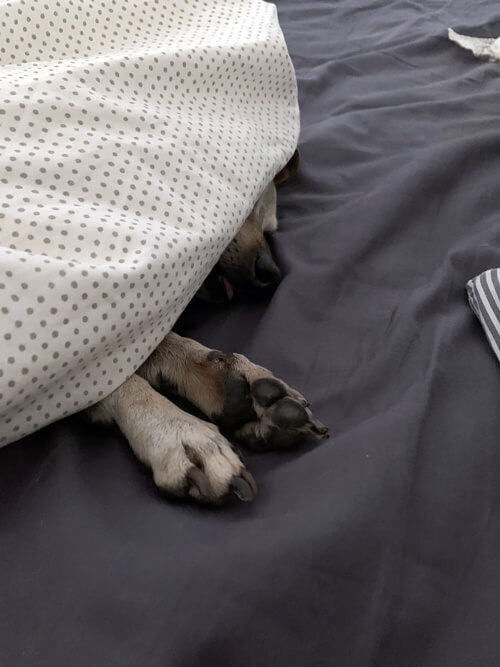 He didn’t like most people, but the few he did, he loved with his whole being. With us (and Clay especially), he wanted to be as close as possible. On a lap or in a leg nook was where he wanted to be, no matter how much more comfortable another spot might be. And if you changed rooms, you bet he was following. 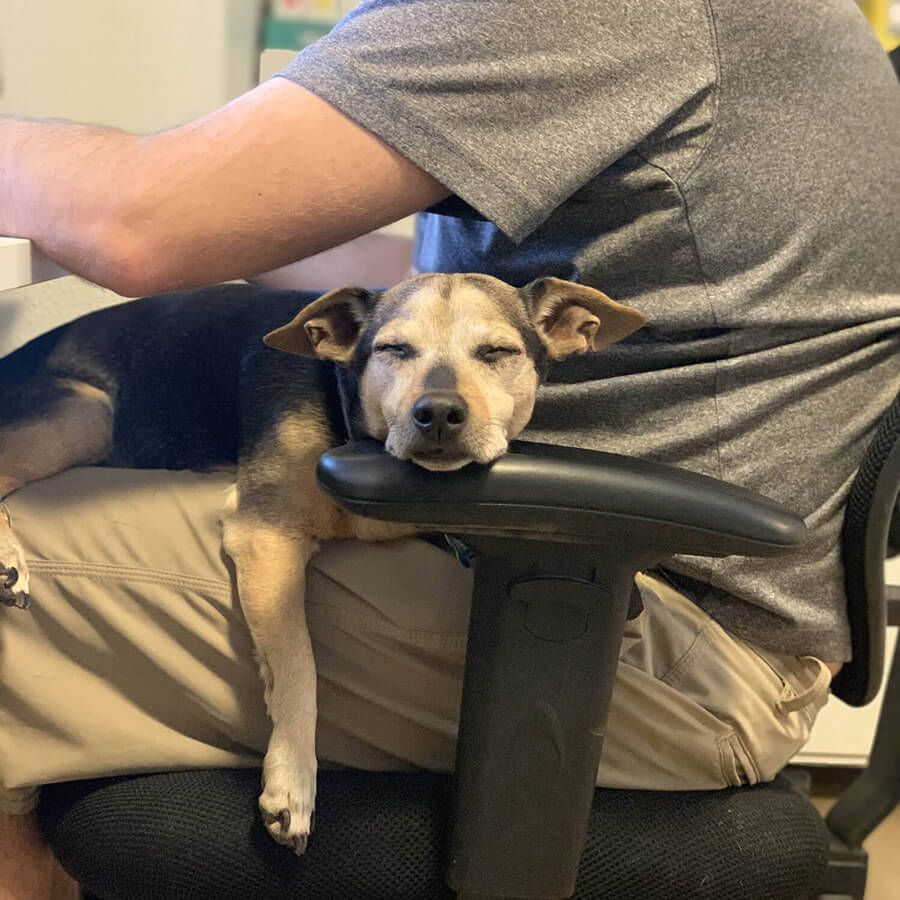 He had a big bark for a little guy and did his best to keep up with his big sister. She is faster and more athletic, but he was the fearless one. No weather or nail grinder could phase him and he would hang as far out a car window as we would let him. 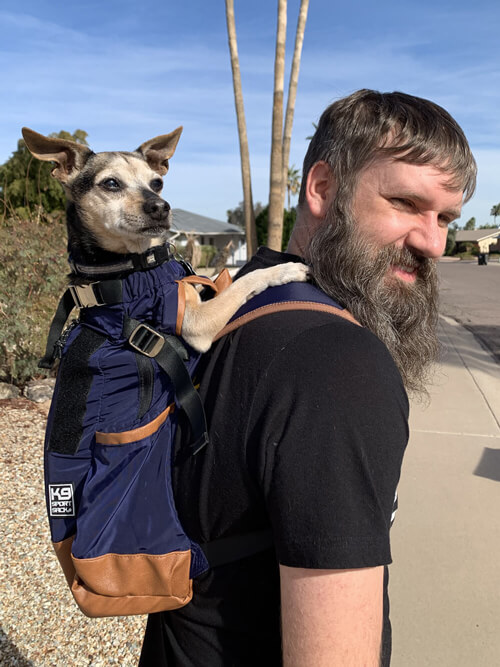 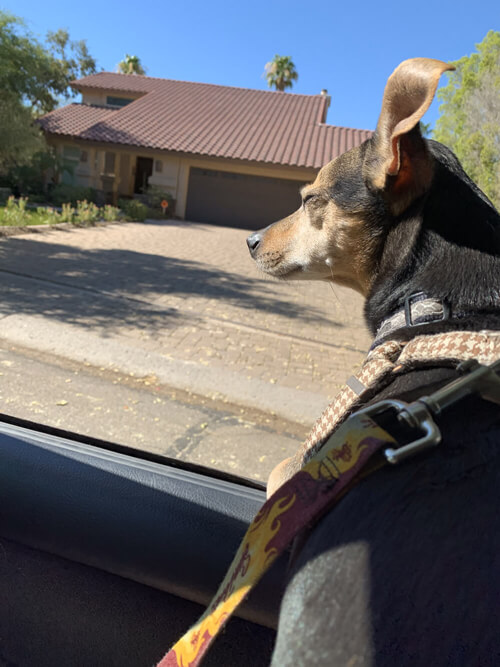 And speaking of his sister, Boomer and Helo became real cuddle buds later in life. It took a while for these two opposites to connect, but they developed a quiet bond we’re grateful for. 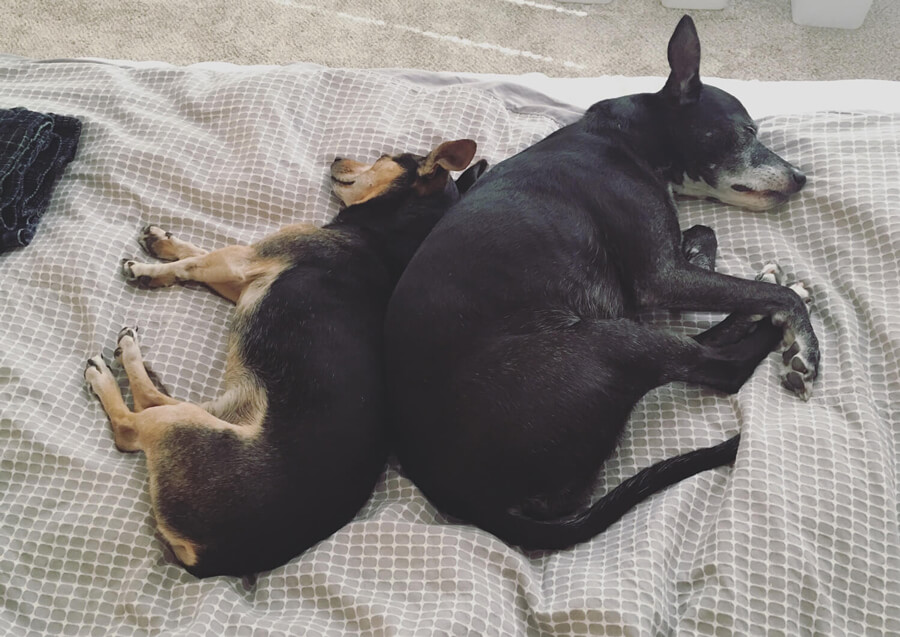 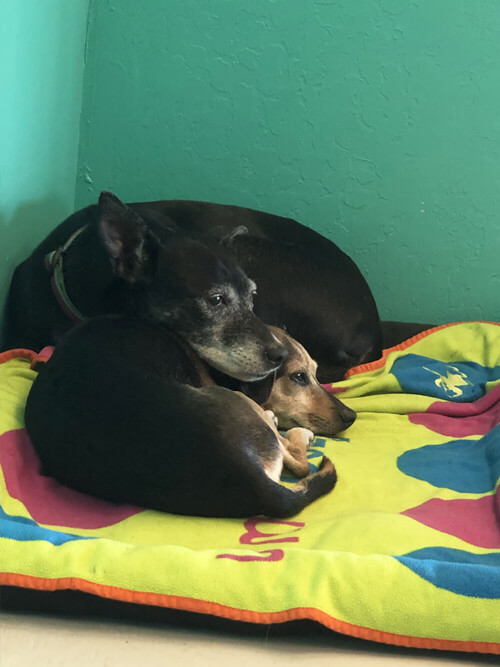 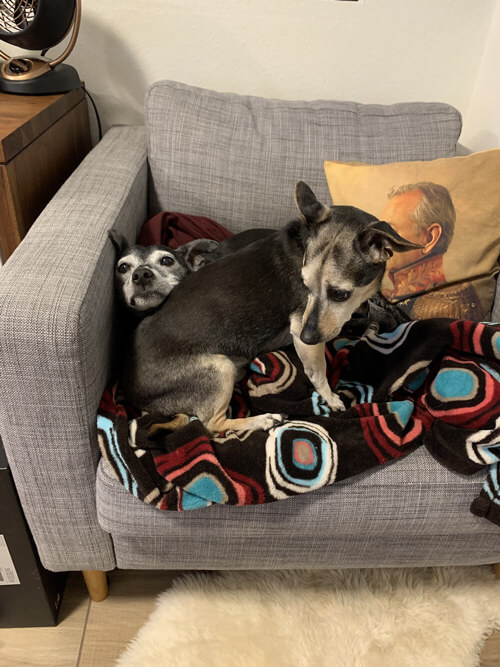 He loved a walk, but never on gravel. A raised curb was his balance beam and he would occasionally step onto grass to do a joyful roll. A special treat we relished to see.

He made Halloween costumes and bandanas look extra adorable. 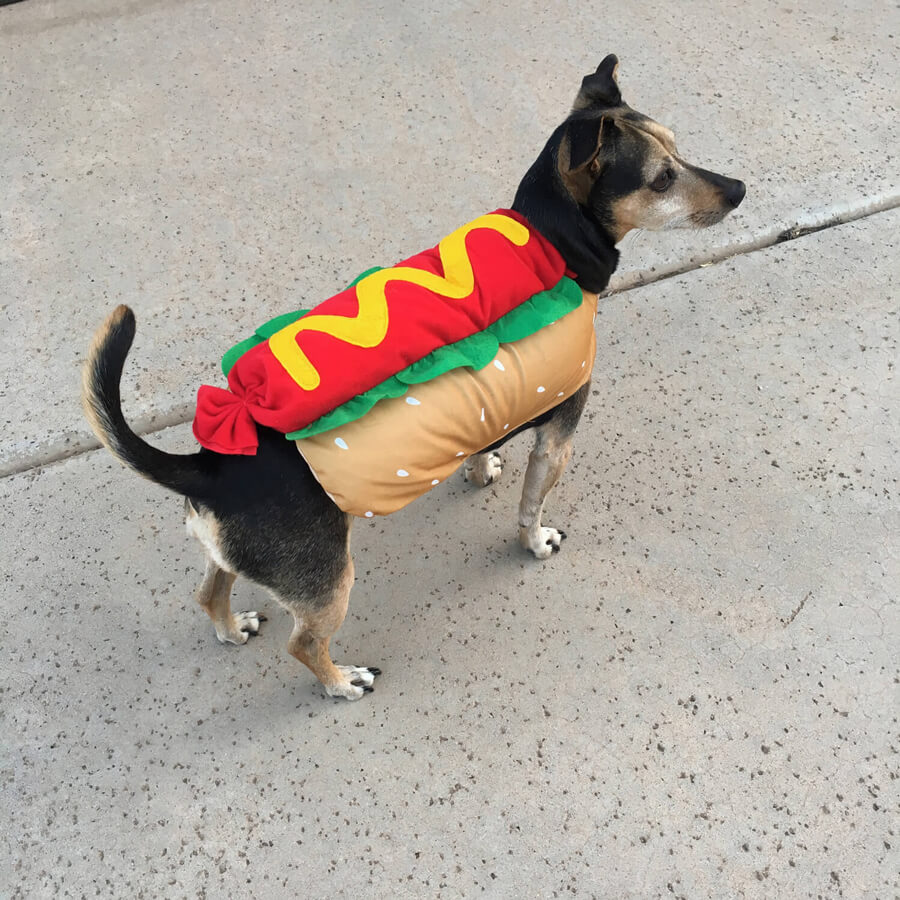 Most of all Helo was the king of finding a comfy spot. He made our life warmer and richer and we are already missing him so much. Rest in peace bud, our wheezy little guy. 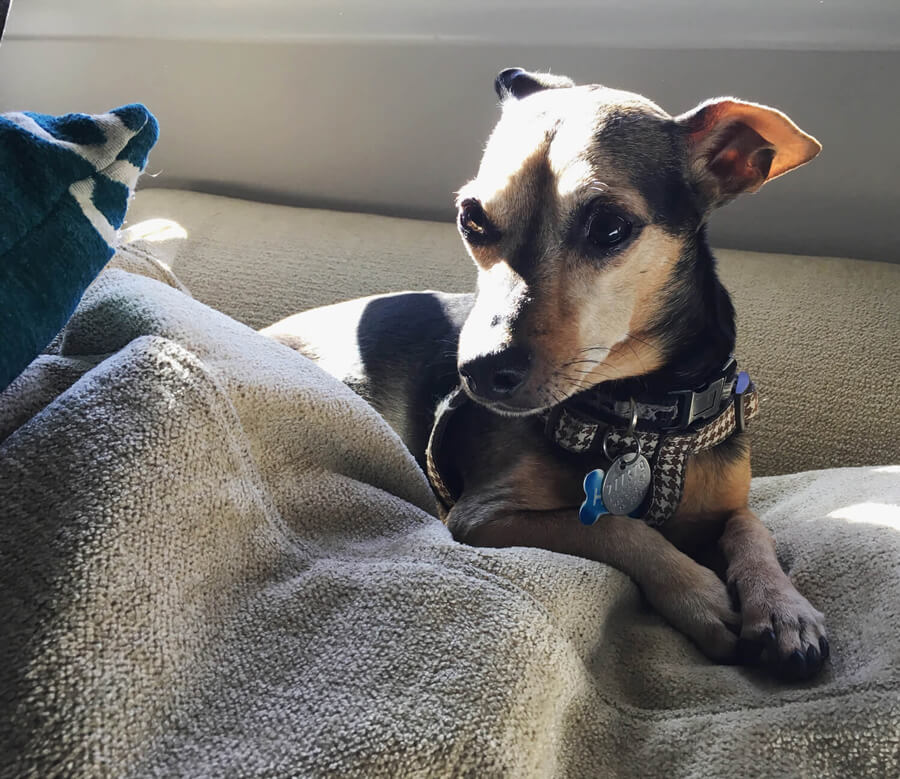 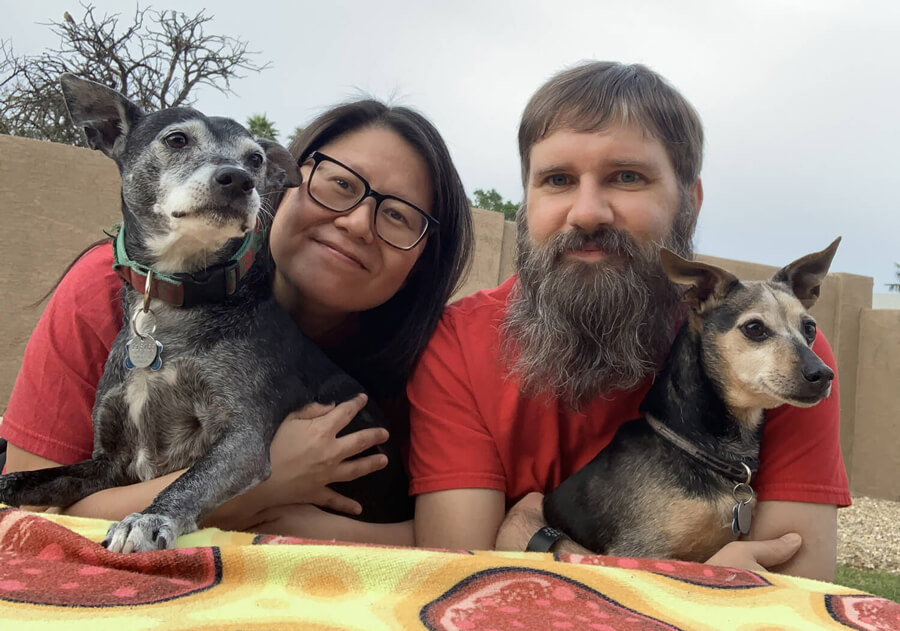 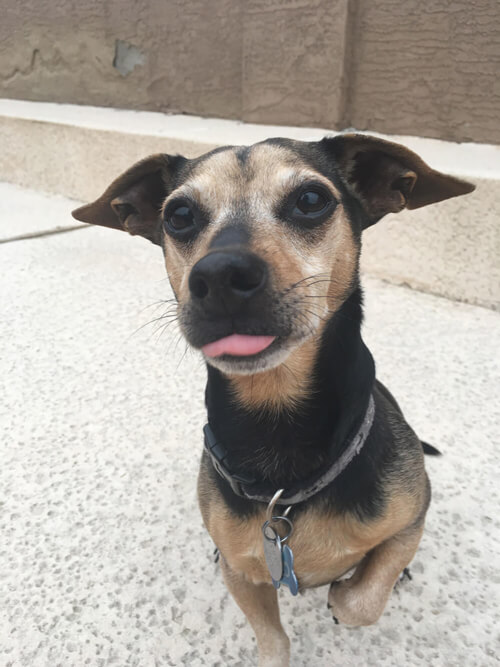 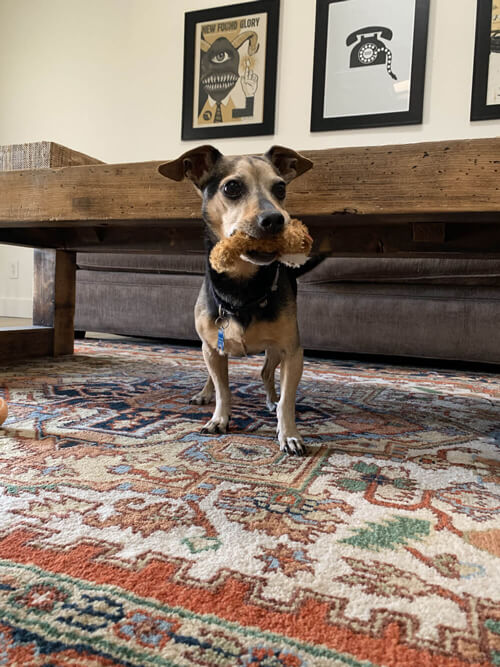