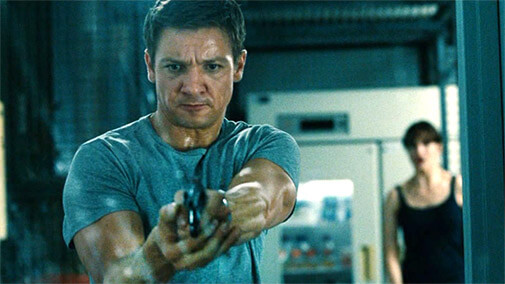 Well, I finally saw The Bourne Legacy. It took a while because I needed to rewatch the other three Bourne films (as I couldn’t remember a single thing about them). I’d heard some negative reviews of Legacy, specifically about its lack of plot and gratuitous action scenes. After watching six hours of Matt Damon running around the world, it didn’t seem like an odd critique. Honestly, it seems like none of the Bourne movies had much of a plot.

Some people might scoff at me saying so, but I think Legacy is the best one yet and here’s why:

2. Aaron Cross does not have amnesia.
I loved the mystery in the first Bourne film. Who is Jason Bourne and why does everyone want him dead? But three films of that? Ugh. Remember already!

3. Science!
What I was always missing from the first three films was the science behind the secret programs. Legacy dives into it, explaining the physical and mental enhancements and the tweaks they’d made over time.

4. Concurrent timelines.
Using footage and familiar faces from the original films, Legacy grounds its timeline concurrently with other events in the series. It’s like finding out a new friend grew up just down the street from you. “Can you believe all of this happened at the same time?!”

All I can say is I hope they make more Aaron Cross films, because I’d definitely see them.