The Best and Worst of Top Chef Texas 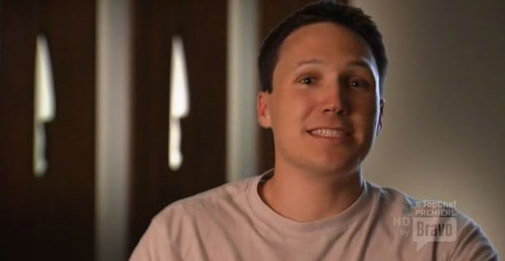 Worst - Tyler Stone
The first episode of Top Chef Texas begins with 29 chefs competing for 16 spots. One chef with a decent amount of screen time is chef Tyler Stone, who uses a James Bond theme in his casting video. This guy is young, confident, and is already hogging interview time. He must be a total badass. I was really excited, thinking we had another Michael Voltaggio on our hands. But alas, the poor chap can’t even butcher a pork chop. After some awkward question dodging with Tom and Emeril, he’s sent packing without cooking a thing. Hold up! He’s back in the finale as a sous chef to erase our memory of him ruining Grayson’s tenderloin and finally redeem himself. Oh wait, he’s still terrible and awkward. What a waste!

Best - Grayson Schmitz
Every season of Top Chef has memorable lines. A few of my favorites are “I’m not your bitch, Bitch” by Dave in season 1 and “It’s Top Chef, not Top Pussy” by Fabio in season 5. This season’s best lines were delivered by everyone’s favorite word-vomiter Grayson. She says what she’s thinking, even if it’s completely incoherent and weird. After staying up all night making barbecue, she tells Tom the food will be like “sex in the mouth”, which is what I definitely say now before I chow down on some delicious grub. She serves Charlize Theron a black chicken and quail egg which symbolize a slaughtered mother and unborn child. She’s strange, but we love her. Especially wonderful is her frog camping song which she excitedly sings in full. 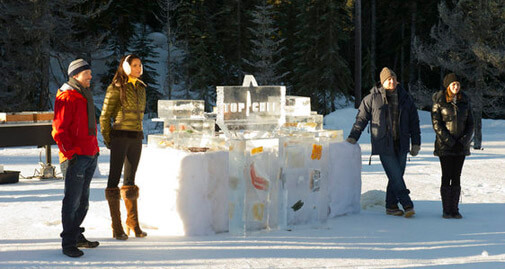 Worst - Culinary Games
This season’s finale went on for three episodes. The first of the three features the “Culinary Games” which really boils down to making the chefs look like fools and becoming so winded they can’t even cook. Fun! First, cook a meal in a gondola. Boring. Second, use an ice pick to get your ingredients out of giant ice blocks. Not only does this require a decent amount of upper body strength, but don’t they give, like, every chef ever a hard time for using frozen product? Third, cross-country ski and shoot a rifle to get your ingredients. Sarah, who claims to know how to shoot a gun, sucks at it. So does Beverly, but we can give her a pass since she doesn’t seem to be the rifle-toting type. While I love Top Chef and especially love the finale episodes, this one was just too reminiscent of the Olympics and there wasn’t enough “U.S.A.!!” chanting to interest me.

Best - Mentors
While I do cry during all movies and most commercials, Top Chef is usually tear-free for me. All it takes, apparently, is putting a chef in front of his mentor. The second their mentors walked into the kitchen, I was crying. There’s really something special about the relationship formed with a professional or personal mentor. Not only were these important chefs in the contestants’ lives, they were important chefs in our lives too. Tony Mantuano was on Top Chef Masters and has been a guest judge on Top Chef and, of course, Michelle Bernstein has been a Top Chef staple since the early days of the show. It also didn’t help that Paul was bawling like a baby and couldn’t even finish his story of meeting mentor Tyson Cole. Not a dry eye in the house.

Worst - Mean girls
Mean Girls is a pretty famous movie right? It makes fun of the popular girls in high school who bully the weaker girls and constantly praise each other in the desperate need to be liked. That’s kind of what this season of Top Chef is like. First, chef Heather Terhune not only throws Beverly under the bus, but backs over her a couple times for fun. She seems like the kind of lady who lures kids to her gingerbread house and is too dumb to realize that selling out your partner in a double elimination challenge is, well, not a good strategy. Then there’s Sarah and Lindsay. They take every opportunity to yell at and criticize Beverly, even telling her what she should and shouldn’t plate her food with. Apparently plastic spoons are no bueno. They can’t even be happy winning Restaurant Wars because Beverly wins with the best dish. I wouldn’t have been surprised to see them trying to steal each other’s boyfriends and start describing their dishes as “so fetch.” 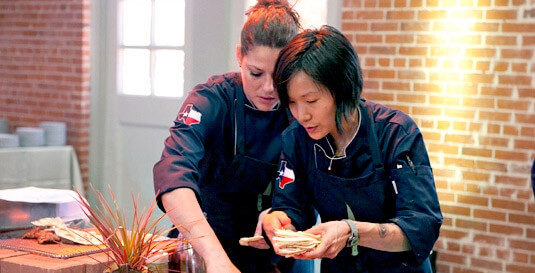 Best - Beverly wins Last Chance Kitchen
Sweet, sweet revenge. Last Chance Kitchen is a brilliant idea to begin with. The eliminated chefs return to the kitchen to face off for a chance back into the competition. In past seasons, many excellent chefs went home too soon. The worst is when a chef is eliminated for a great dish. Beverly is sent home on an episode where everyone cooked like rock stars, but she kills it in Last Chance Kitchen and is given a second try. I love the look on Sarah’s face when Beverly walks back into the kitchen. While I wish Beverly had knocked Sarah out of the competition, it’s great that Sarah had to give up a new car just to make sure she was safe. Beverly is a talented chef who put up with a lot of crap with a lot of poise and I respect her for that.

Worst - Not enough Hugh Acheson I was beyond thrilled when I heard Hugh Acheson was going to be one of the permanent judges on this season. I absolutely loved him on Top Chef Masters and was so happy he was brought back after elimination. With his one eyebrow and snarky personality, he made Masters interesting where it often wasn’t. He wasn’t afraid to call people out, especially when Suvir Saran inappropriately condemned red meat in front of Hugh’s steak dinner. Top Chef Texas could have used more Hugh. Even though I adore Gail Simmons and Emeril Lagasse, the judges’ panel permanently needed Hugh’s sass and unibrow. 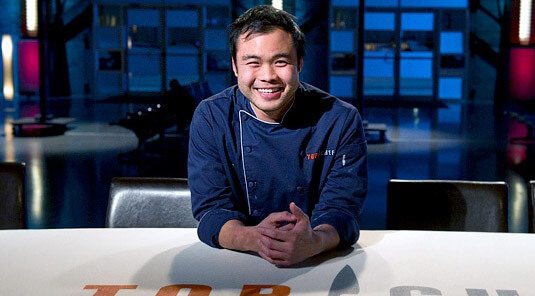 Best - The guy who should have won actually won
With the exception of season 1, not a single finale of Top Chef ended the way I hoped. I would have loved to see Sam Talbot, Carla Hall, and Kevin Gillespie take home the titles. This season, it seemed impossible that anyone but Paul Qui could win. He dominated a majority of the challenges, winning a new car and a boatload of cash. And he seems like a genuinely nice guy to boot. It was very sweet to see the right chef win the big prize, especially over Sarah who pushed others down to rise up herself. Paul is a class act and so deserving of the Top Chef title. This makes up for the disappointment I felt when Kevin lost to the Voltaggio brothers in season 6. Well, almost.