My Kind of Valentine’s Day Films

With Valentine’s Day come and gone, I started thinking about “romance” movies. I sure do enjoy a romantic comedy and especially appreciate any film that can portray relationships in truthful or unique ways. While there are certainly plenty to choose from, these are the 10 movies I’d prefer to watch on Valentine’s Day. 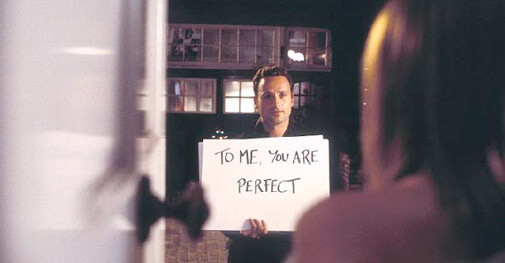 Love Actually
The best thing about an ensemble cast is that there’s a storyline for everyone. The shy girl pines after a hot coworker. The man betrayed by a cheating girlfriend finds love that crosses language barriers. The eternal bachelor secretly loves his best friend’s bride. And who couldn’t love the story of a young boy trying to impress a girl by learning to play the drums? Love Actually is packed with exceptional acting talent: Colin Firth, Emma Thompson, Liam Neeson, and Alan Rickman, just to name a few. It captures the best and worst parts of falling in love alongside plenty of Christmas decor and song. And I dare you not to cry your eyes out when Emma Thompson listens to Joni Mitchell’s Both Sides Now. 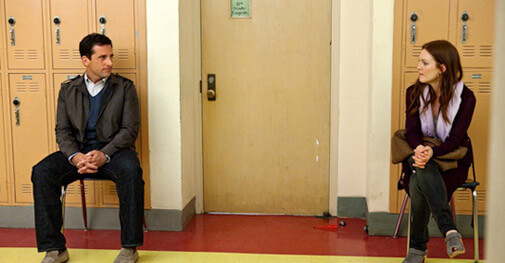 Crazy Stupid Love
Another film packed with great acting talent, Crazy Stupid Love tells the story of what could happen when your partner in life tells you she’s done. Steve Carell plays Cal, a newly single father who takes the advice of the young womanizer Jacob, played by Ryan Gosling. The dreamer and idealist in you will love the “playboy changed by smart, unassuming professional woman” storyline perfectly executed thanks to the charm of Emma Stone. Truthfully, who couldn’t fall for her? On the flip side, the realist in you will still love the deep bond and friendship only a lifetime of marriage can achieve and how that shows, even during the most difficult of situations. 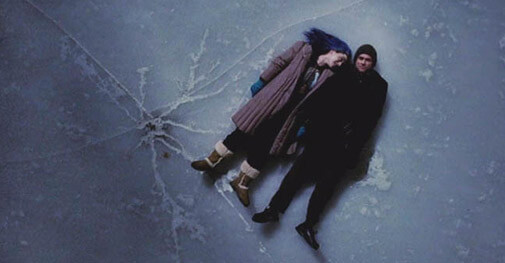 Eternal Sunshine of the Spotless Mind
What if, after a horrible breakup, you could erase all your memories of the other person? A unique concept written by Charlie Kaufman and executed by director Michel Gondry. As if this charming and eccentric pair wasn’t enough, they employed the wonderful Kate Winslet and Jim Carrey to star. Eternal Sunshine is a perfect combination of quirk, romance, and science fiction. How do our memories, good and bad, affect the way we love? Would we be destined to repeat our same mistakes? And is there anything short of deleting memories that could keep two lovers apart? Especially wonderful are the whimsical and surreal landscapes Gondry creates within the memories of the main character; our minds know no limits. 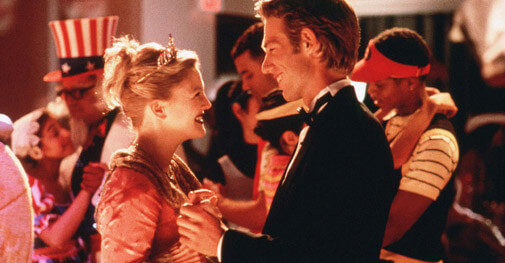 Never Been Kissed
I read once that Drew Barrymore is one of the most overpaid actors in Hollywood. I can’t help but disagree, as I particularly love her romantic comedy performances. In Never Been Kissed, she plays Josie Gellar, a crocheting, grammar nerd who dreams of becoming a real journalist and someday receiving her first real kiss. She goes undercover at a local high school and charms everyone, including her English teacher. The film is cheesy and fun, featuring early performances from Jessica Alba and James Franco, and a weed brownie induced dance number. It helps support the concept of “it’s never too late” and shows nerdy girls that their brains are really something worth showing off. 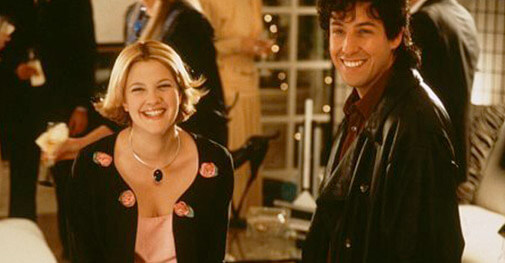 The Wedding Singer
Here’s another Drew Barrymore film I adore: a tribute to the ’80s and the awesome trend of wedding singers. Adam Sandler plays Robbie Hart, a hopeless romantic, who falls for Barrymore’s Julia. They complement each other perfectly, but she’s engaged to a real jerk. The Wedding Singer is hilarious, full of awesome, repeatable lines (e.g. Julia Gulia). There’s plenty of ’80s tunes, clothes, and ridiculous hairstyles to go around. Not only does it have a Billy Idol cameo, but it also features just about the sweetest mile-high serenade this generation has ever seen. 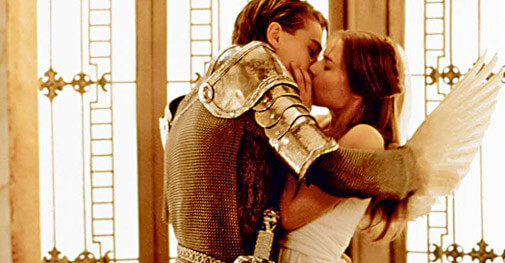 William Shakespeare’s Romeo and Juliet
The most iconic love story of all time gets modernized and reinvented. I watched this version in high school right after a more traditional interpretation and I must say, I enjoyed the newer version quite a bit. Leonardo DiCaprio and Claire Danes were as bright as young stars could be. This version, while still maintaining a lot of the original dialogue, added a rough edge to the characters, connecting them to a younger generation of viewers. Swords were replaced with guns and Shakespearean clothing replaced with tank tops and Hawaiian shirts. Even with the now all too familiar storyline, I still love the scene where Romeo and Juliet first meet. 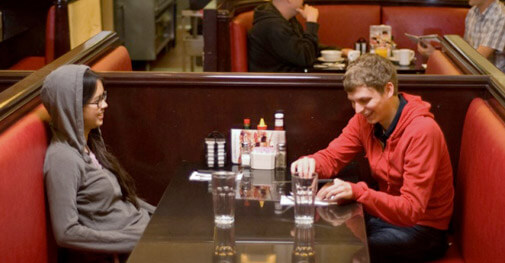 Paper Heart
Charlyne Yi and Michael Cera play fictionalized versions of themselves in this documentary style comedy. Charlyne travels with friend Nick Jasenovec (played by New Girl’s Jake Johnson) around the country to interview people about love. Yi and Cera are far from a typical leading couple, but they charm us with their geeky, awkward relationship. The film expands on the various couples’ “how we met” stories with fun and simple puppet shows, playing off the innocence of courtship. I am a little biased based on my resemblance to Charlyne, but I like how Paper Heart makes love, both between lovers and between friends, just seem so fun. 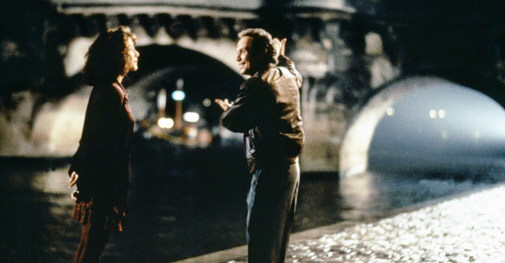 Forget Paris
I loved the format of this film, even at a very young age. The story of Mickey and Ellen is told via a series of flashbacks, detailed by the couple’s close friends while waiting at a restaurant. The two meet in Paris, fall in love with each other and the city, and soon marry. However, it’s not all rainbows and sunshine as they deal with co-location, job changes, and difficulties having children. It shows the hardships in a marriage and how trying it can be to follow a plan. We love to romanticize our relationships, but sometimes you have to “forget Paris” and come back down to earth. The best part is that it leaves you betting on, all the way to the last few minutes, whether the two make it out in the end. 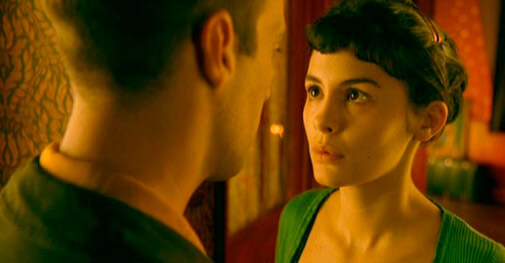 Le Fabuleux Destin d’Amélie Poulain
Oh, Amelie. A film to compare all others. Set in the beautiful Montmartre in Paris, Amélie lives an isolated life. She works at Cafe des 2 Moulins, which I had the pleasure of visiting when I was in Paris in 2005. Following the news of Princess Diana’s passing, Amelie devotes her time to bringing happiness to others. She takes pleasure in life’s simple joys, but soon realizes she should find someone to share her life with. She admires, from afar, a man named Nino who collects torn-up photo booth pictures. After some game playing, the two finally find each other. The music by Yann Tiersen is amazing and the Paris cityscapes are whimsical. While Amelie does end up finding love, the ultimate feeling gained from watching this film is pure and simple happiness.