I’ve been thinking a lot lately about what a television show needs to keep me coming back for more. As a female, I can admit that a couple with great chemistry can truly make or break a show. Some of my favorite shows are the ones where I feel invested in the characters’ relationships. And I would say that the show’s ability to make me cry makes a difference too, but I cry at everything. Here are a few of my favorite TV couples. 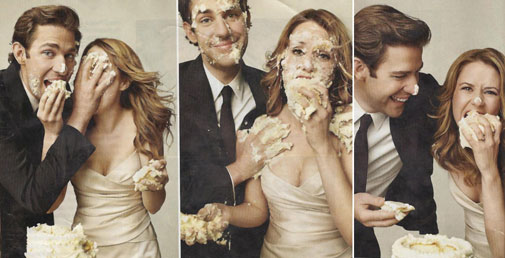 Pam and Jim - The Office
For two seasons, we hoped and prayed that Pam would get smart, dump Roy, and finally get together with Jim. In the Casino Night episode, Jim finally confesses his obvious love for Pam and we are left to wonder what will happen between them (well, at least until the next season). Their relationship is the perfect best friend, office romance complete with a Niagara Falls wedding and new baby. And how can you not love their elaborate pranks on Dwight? 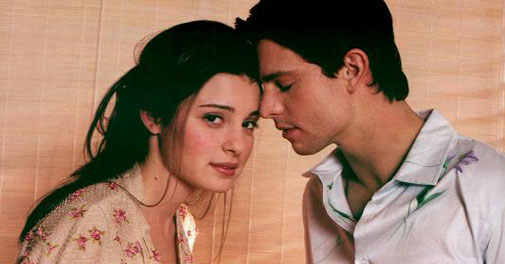 Liz and Max - Roswell
Liz and Max were the WB’s modern, sci-fi version of Romeo and Juliet. Liz was a normal girl, living her life in Roswell, while Max was secretly an alien-human hybrid and former king of his home planet. They were in love, but could never really be together. For three seasons, we wondered, “Will Max forget about his destiny and be with Liz? Will Liz ditch chances at a normal life and be with Max?” Cheese factor was pretty high with these two, which made it all that much better.

Angela and Jordan - My So Called Life
Although My So Called Life only lasted one season, it burned its way into our minds and hearts. What young girl (or boy) didn’t completely relate with Angela’s issues with boys, friends, parents, and pressure? And who couldn’t fall for Jordan Catalano’s long hair and gazing blue eyes? Their relationship was doomed from the start, but I always hoped these two could make it work.

Athena and Helo - Battlestar Galactica
Helo was my favorite, and the most consistently likeable character on BSG. He and Athena proved that humans and cylons could live together and love each other. Plus, their daughter Hera was the key to the fleet finally finding Earth. What more could you ask of them? 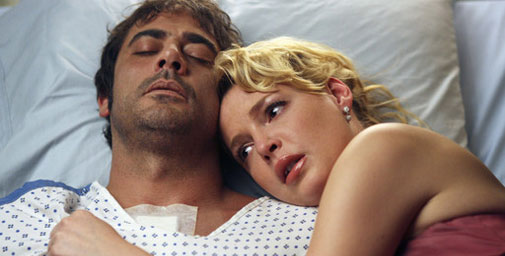 Izzy and Denny - Grey’s Anatomy
Most would probably cite Derek and Meredith as their favorite couple from Grey’s, but I think the short, but powerful relationship between Izzy and Denny was the high-point of the show’s five seasons so far. This was before Izzy got annoying, and she and Denny had a real connection (not an imaginary one). When Denny died, we really felt the loss and it provided for the show’s most moving episode to date.

Carrie and Aiden - Sex and the City
Although Carrie ultimately ends up with Mr. Big, I always hoped she’d reconnect with Aiden. Out of her male interests, he was by far my favorite and the one who treated her the best (until she cheated on him, of course). While Mr. Big could offer her financial security (what does he do anyway?), Aiden could offer her manly protection and beautifully hand-crafted furniture. Plus, he’s pretty easy on the eyes.