Just saw the new Emma. and it’s really wonderful and charming and funny. The costume design is top notch and these photos truly don’t do it justice. Every garment is just gorgeous to look at and I’m grateful the camera lingers long enough to really appreciate them. I recommend it! 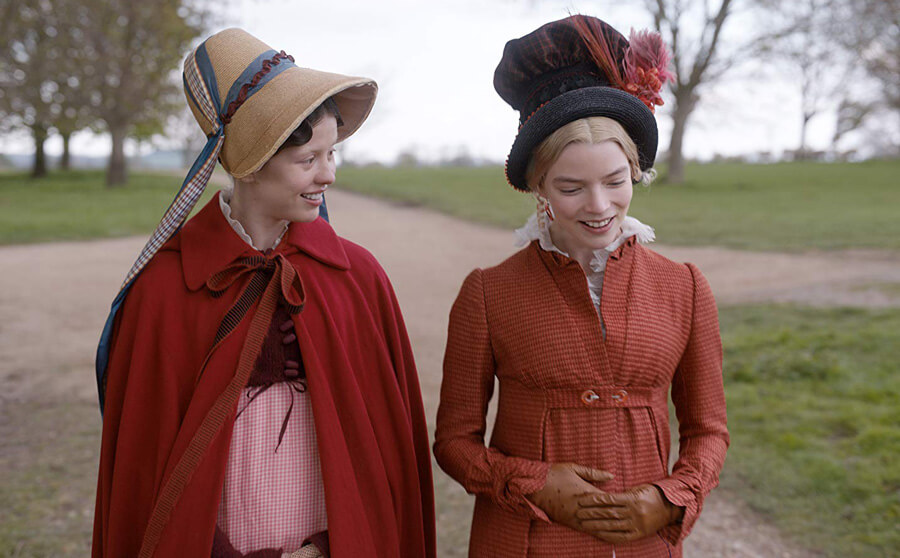 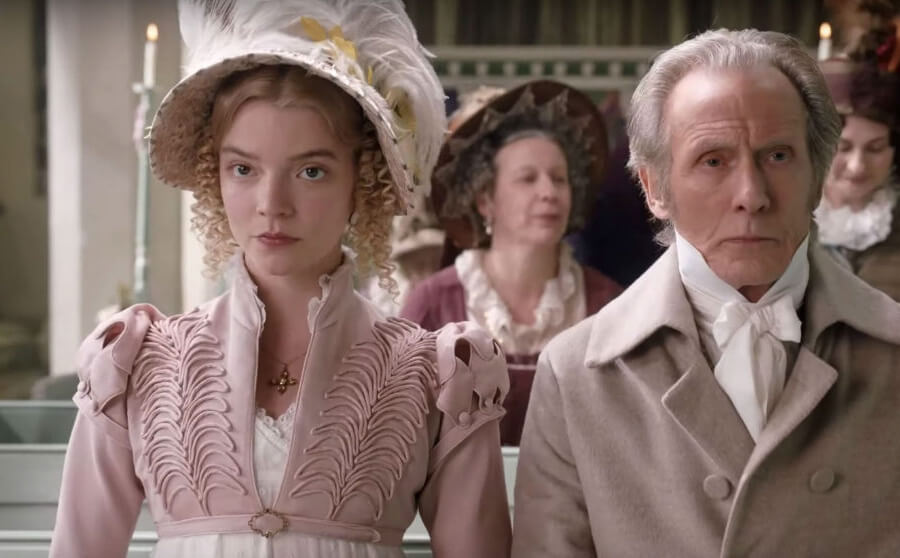 Phil Ferguson is a crochet hero. His Instagram features oversized, food-themed crocheted hats. Wish I could get my hands on some of these.

Last week I finally saw Into the Woods and although I’m a huge fan of musicals and classic fairy tales, I didn’t love it. It was charming and funny at parts, but I suspect it works much better on stage than on film.

Anna Kendrick and Emily Blunt are as lovely as can be, Meryl Streep is excellent as always, but Johnny Depp is borderline annoying as the Wolf, a creepy child predator.

As much as I wish it were the songs, the true highlight of the film is the costume design. The clothing, especially worn by the women, is truly stunning. Just look at those dresses!

I’m a sucker for a good pair of glasses. Everyone’s favorite online glasses shop Warby Parker just released their new Palm Canyon Collection. It features their coolest frames with a charming textural update. The details on the frames are made by “melding sheets of woodwork-inspired acetate and tortoise acetate together” and each pair is unique, just like you. Check out the entire collection at warbyparker.com.

Even more Project Runway! I’m finally caught up with all the past episodes. These last two seasons were so fun. I especially loved the addition of Zac Posen. I wasn’t sure he’d be able to replace Michael Kors, but he’s awesome! Here are a few of my favorite looks from these two seasons.

Patricia Michaels – Episode There is No ‘I’ in Team

Catching Fire is amazing. It’s everything it should have been. It incorporates a cool, fantastic sense of style the first film lacked. As these couture promo shots hinted, the fashion in the film is just as exciting as the victory tour and the arena. Go see it. Immediately.

On my down time I’ve been catching up on the past few seasons of Project Runway. I loved the first two seasons of All Stars. It’s cool to see how the designers have changed (or not changed) and fun to see more from old favorites. Love Mondo of course; I’m so glad he won. I wish Andrae could have made it further. Although he isn’t quite as fun without Santino. Here are some of my favorite looks from these two seasons!

Michael Costello – episode A Night at the Opera

Mila Hermanovski – episode Clothes Off Your Back

Mondo Guerra – episode Let’s Get Down To Business

Loving these sweatshirts by Hello Apparel. While I’m almost never without a hoodie, I do love the classic look of a simple crew-neck sweatshirt. And with temperatures still dropping in Phoenix, I could definitely use one (or five) of these.

With another season of Project Runway wrapped up, here are my favorite looks from seasons 9 and 10. I loved both of these seasons, especially the drama. In season 9, Anya was the clear favorite, while Bert and Becky competed for most annoying. With season 10, I loved Christopher and Gunnar, but hated Ven’s monotone voice and bad attitude in the makeover challenge. All I can say is that I can’t wait for the next season to start.

Anya Ayoung-Chee – episode All About Nina

Anthony Ryan Auld – episode The Art of the Matter

Christopher Palu, Dmitry Sholokhov – episode I Get a Kick Out of Fashion

My name is Lynn Fisher and I am an artist and designer out of Phoenix, Arizona.

I make art for the web. Check out some of my recent projects: